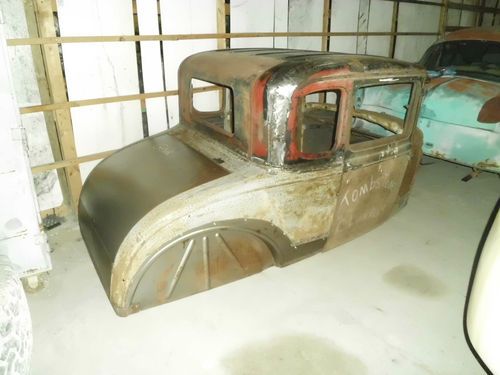 Condition: UsedA vehicle is considered used if it has been registered and issued a title. Used vehicles have had at least one previous owner. The condition of the exterior, interior and engine can vary depending on the vehicle's history. See the seller's listing for full details and description of any imperfections.Seller Notes:"great solid Body to build a nice Hot Rod"

this is a steel body for a Model A coupe, 5 window with a open title.It has been patched and is ready to weld patches and finish body work.  the new parts are the sb frame rails, and quarter fender patches...... Enjoy!!