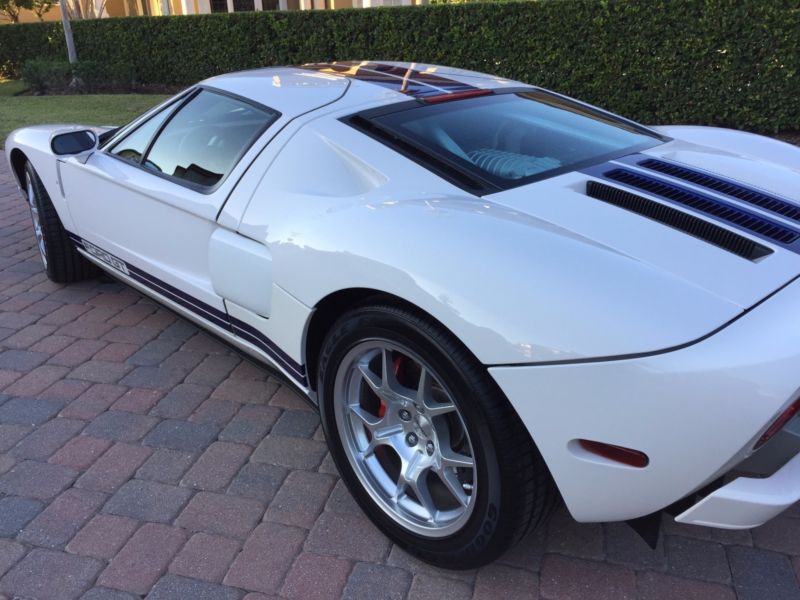 If you have any questions please email at: haihssteese@worldfriend.com .

2005 Ford GT, original owner, purchased new from Bogus Ford in Texas. No accidents, original numbers matching
engine and transmision, kept in a climate controlled garage, all four options, original car cover, still have
original (Ford GT) battery but not in the car and not charged. Have the original window sticker and some of the
original purchase paperwork. Replaced the Good Year Super car tires this last summer, car has an upgraded cat back
exhaust (but have the original exhaust in a box,) mild pulley upgrade with the Whipple pulley and professionaly
tuned (have the orginal pulley,) car makes 604 RWHP, which keeps it up to par with today's other super cars. Back
up camera rear view mirror, original still there. The car has been a show queen, but is driven at least once or
twice a month. Engine body brace is signed by Edsel Ford and the Ford GT user manuel is signed by Camilo Pardo,
the Chief Designer of the Ford GT. Making some room for other cars, this is a good opporunity to own a one owner
low mile GT.