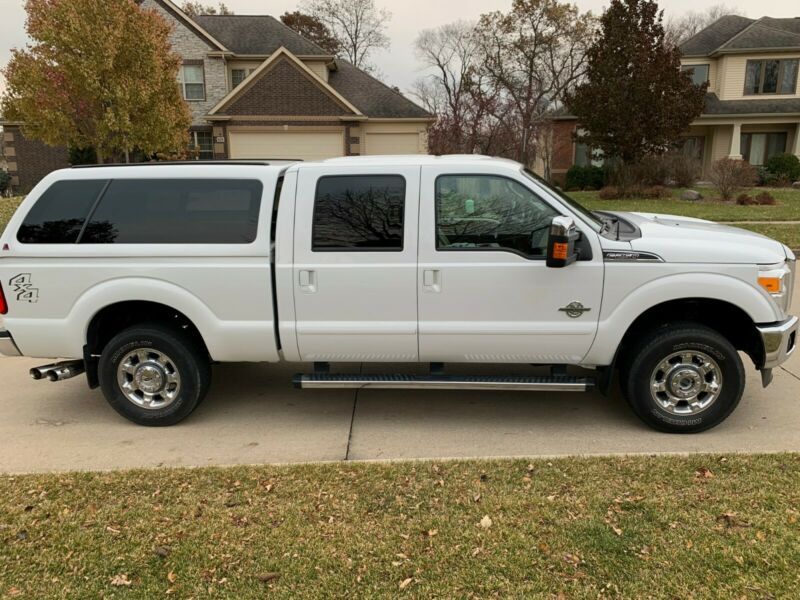 F250 Lariat 4x4 Diesel in pristine condition. New batteries installed in November and it comes with a brand new
set of Michelin ATX tires. Always kept in the garage. Topper has built-in Thule rails and it comes with two Thule cross bars.