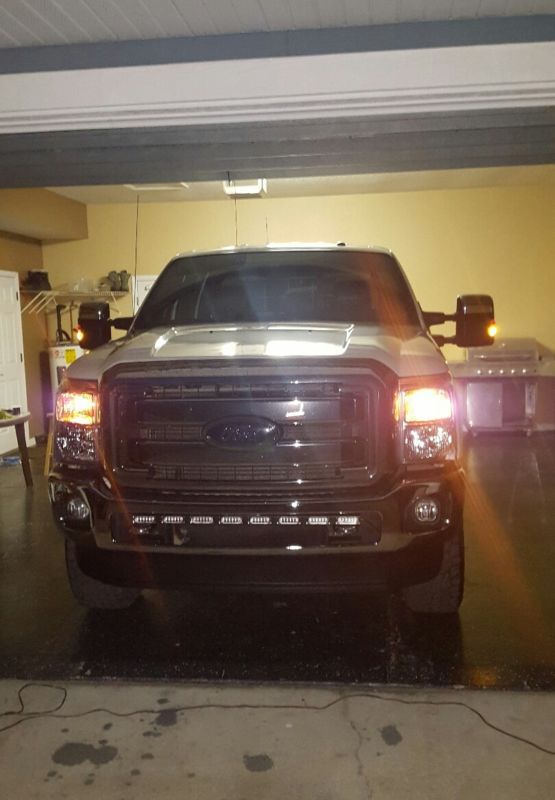 For more details email me at: kourtneykssadat@birminghamfans.com .

One look at this super duty you will think it's a brand new vehicle. It was taken great care of, and is absolutely
flawless on the inside, as well the outside except a few small chips that you can barely see. This vehicle drives
like new, super powerful, was VERY well maintained, and given TLC since new. This truck is non deleted and
completely factory, and has a factory installed leveling kit. Tires are near new and in great shape. Truck also has
a aux 91gal fuel tank in the back bed which is plumbed into the truck tank, giving it a range of over 2k miles.
This aux fuel tank is no bigger then a regular toolbox, and still allows you to use the gooseneck hitch. Has a
sprayed in bed liner which is also superb condition. I have a white strobe emergency light installed in the front
grill as well as a white and amber strobe installed in the rear. SUPER BRIGHT!! They can also be switched up to
regular floods. Truck has custom fit weather guard floor mats, and I also still have the new factor mats that will
go with it. Selling this truck only because I am wanting to downsize to a f150. Once again, if you see this vehicle
in person, you will understand why I say it appears like new. Thank you for looking and message me for more
details!