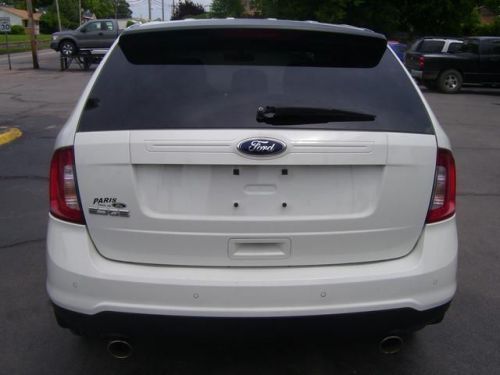 Talk about a deal! Switch to Paris Ford Inc! This is your chance to be the second owner of this superb-looking 2011 Ford Edge, kept in great condition by its original owner. New Car Test Drive said it ...accelerates quicker, it brakes harder and more progressively, it's measurably quieter on the highway than the previous version, and its onboard electronics and entertainment systems are clearly the best in the industry in terms of capability and ease of use... This great Edge is the fresh SUV with low miles and everything you'd expect from Ford, and THEN some. Internet pricing is subject to change. It is a buy outright price. Prices may vary at dealership location. Pricing goes through a 3rd party vendor, therefore we are not responsible for errors.