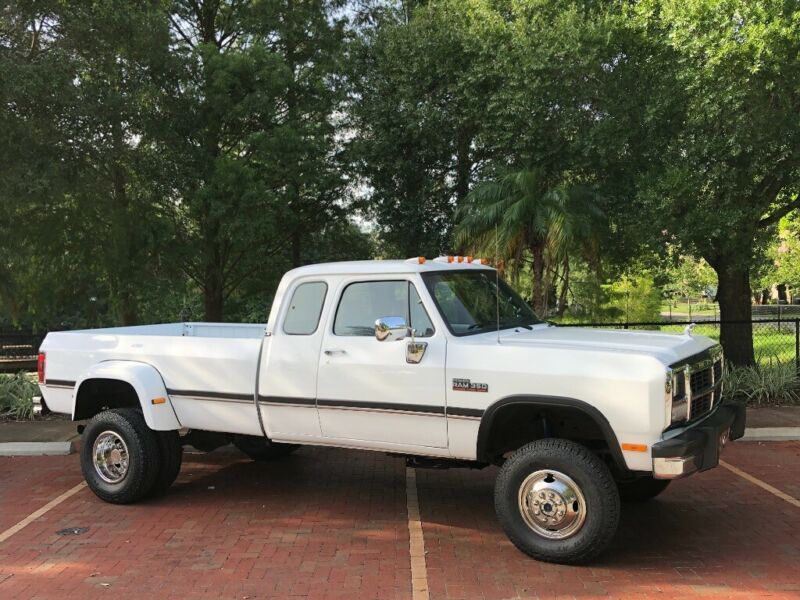 Up for sale is my stunning 1993 Dodge Ram 3500 First Gen 4x4. This truck was restored with the best of everything. Transmission is
bullet proof, has larger turbo, pillar gages and 4” exhaust. Tires are all brand new, including shocks and
brakes. The entire A/C system was updated and will freeze you out. Lots of money had been spent on this truck as
you can see in the pictures. This truck is super strong with lots of power.