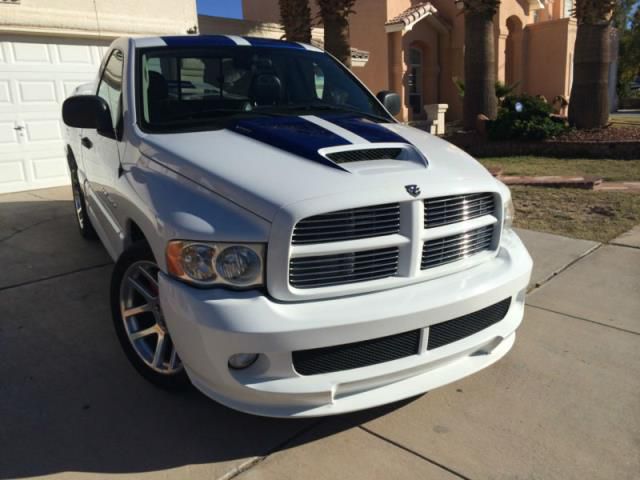 Dodge Ram SRT 10 Commemorative model. V10 with manual transmission. Truck runs and drives awesome. A/C, power windows, power locks, power leather seats, cruise control. The Double Dim radio is not included. I bought a whole new bezel and vents from another SRT 10 so that the original was not touched. The tires have low miles on them. The mileage is 106,700. There was a factory Mopar full warranty on truck for 100,000 miles so anything that needed to be done was. I have truck for sale elsewhere so I reserve the right to end auction early.