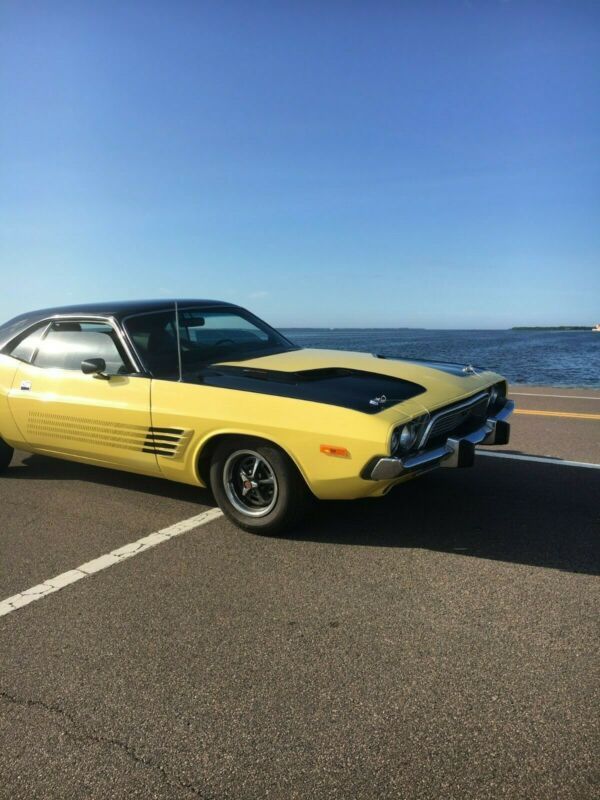 1974 Dodge Challenger RallyThese are the last of the muscle car era. Was a 318 car, now a 340 / 4 barrel with about
5,000 miles on rebuilt engine. Was completed 10 years ago, garage kept and driven on Sundays sparingly. When you
hear this one run, the only possible color it could wear is that trademark yellow. This later Challenger received
cool details like a performance Shaker hood with ram-air type scoops, New Interior, New AC, New front disk and rear
drum brakes. New tires and rims, New front end assembly. New right and left front fenders along with rear quarter
panels.