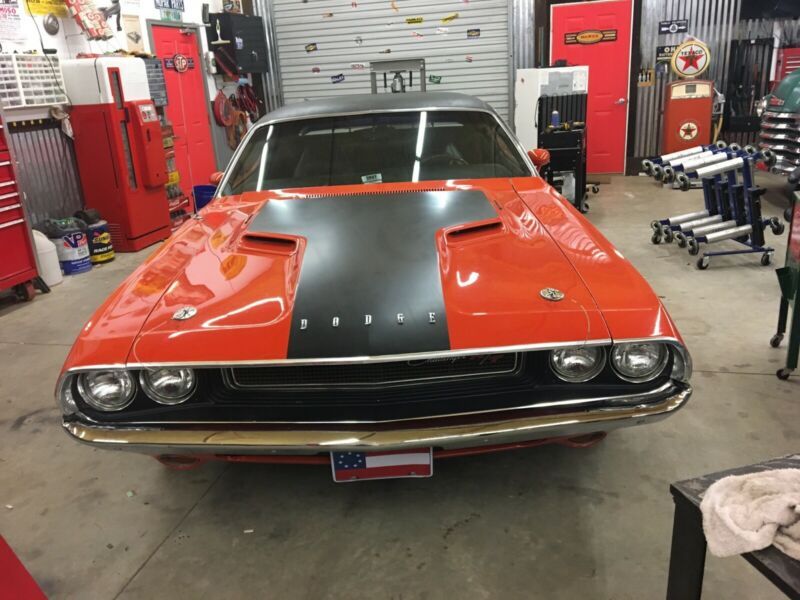 1970 DODGE CHALLENGER R/T The R/T was the perfect model of the Challengers and this car does not disappoint. This
1970 Dodge Challenger R/T has been highly maintained and has only 81,000 original miles. This Challenger is in
excellent condition. This vehicle is original and unrestored. The car has had some exterior paint touch ups (in
its original HEMI orange) at some point in its life, it looks great and is very honest. The motor has been
rebuilt according to Mopar concourse criteria by one of the best Mopar engine builders on the east coast. Car come
with complete engine build sheet. This car drives excellent and is very tight. Has the original rims in perfect
condition and original style Goodyear Polyglass tires. The interior is in amazing condition. Vintage Air
conditioning installed and from the company in conjunction with Mopar was design to look original under the hood
and in the car.
i had AAR take the original radio and turn into solid state am/fm and bluetooth.
you can take call from you 1970 factory radio! you can play your favorite song from your phone or listen to sirus
or Iheart or Alexs apps. you can have it all.