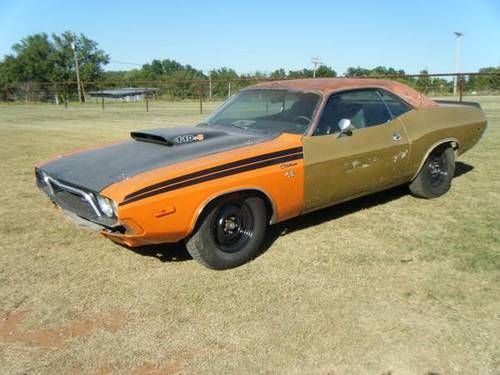 The car runs and drives and sounds healthy and strong. It just needs paint and interior.

There are some small pinholes in trunk floor but it could be patched and wouldn't need to be replaced.
The transmission will need to be replaced but I will include a rebuilt transmission.
The lift off hood comes with the car as well as the original factory RT style hood, new hood hinges and door panels. I will also include new black carpet that I purchased but have not installed.
Keywords: 1970, 1971, 1972, 1973, 1974, RT, cuda
I have an Oklahoma title that is clean, clear, in my name and my possession.
I am asking $10,500 obo.
Please call Anthony at 405-543-8338 (cell) or 405-872-9399 (shop)