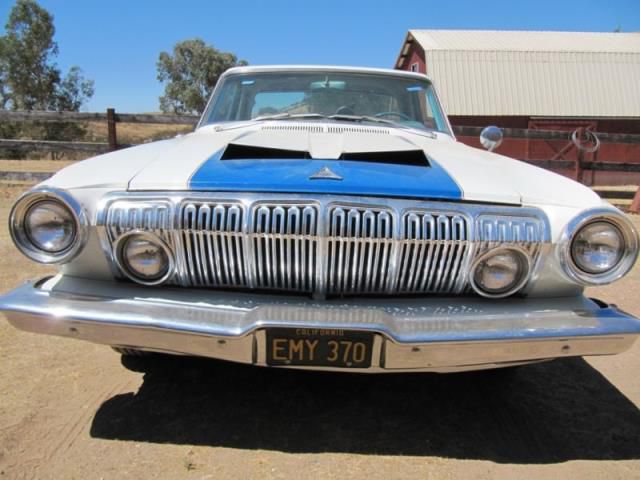 1963 Dodge 330 2 Door Sedan. I drove it to a couple of cruise nights and put it in storage in 2004. It currently is on a California Non-op and has been since 2005. A California Non-op keeps the car in the DMV system but is not allowed to be driven on California roads till registration is made current. The previous owner said he had taken it to the drags a couple of times but I don't know how it did. I don't know a lot about the build of the car but from a binder full of receipts that I received from the previous owner and my observation, it has a 440 Engine with an Automatic transmission (with high stall converter) 3:55 posi-traction rear end, Edelbrock Carb., MSD ignition, Hedman Hedders, and a Sunpro Powerline Performance Tach. The pictures tell the story. I believe the car to be an original California black plate car from the Modest, Ca. area. Most of the receipts are from 1997 and 1998. This car has not been restored. I have done nothing to the car but drive it a couple of times and put it in storage.
If you have any questions about this please feel free to contact me via e-mail : dejb2zuccaroerik@metadatamitigator.com