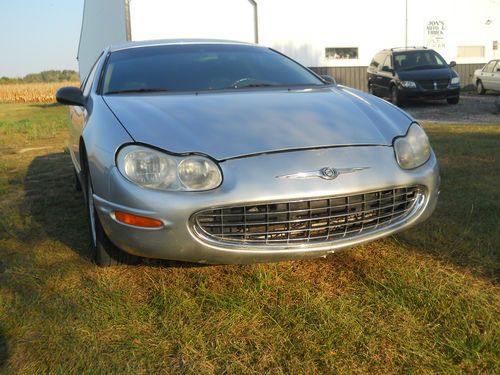 Condition: UsedA vehicle is considered used if it has been registered and issued a title. Used vehicles have had at least one previous owner. The condition of the exterior, interior and engine can vary depending on the vehicle's history. See the seller's listing for full details and description of any imperfections.Seller Notes:"A/c does not work, scrape on lh side"

This car runs and shifts good,no check engine light, or other warning lights stay on. Has after market tinted windows, muffler (flowmax or something like that), K&N air filter. Tires and brakes are good. A/C does not work,  pump turns over has a leak some where, new napa battery. the stereo,cd player works good but is not the factory one.This car is a bank repo, only have one key.Has had some paint work done to it. you can tell that the front end, bumper has had some work done to it. This car is not in mint condition I am a michigan dealer , sold as is, plus tax title and plates . for most sales. It is for sale on my lot so could end early,call 517-567-8698 for more information closed on wed. I can be around here about any time if you call first,