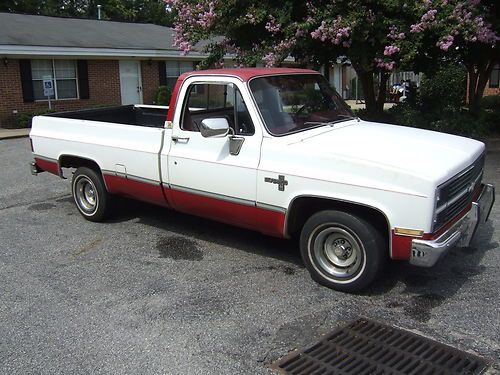 UP FOR AUCTION IS A 1983 CHEVROLET SILVERADO PICKUP

AC TILT PS PW AIR  NEW PAINT  NEW EXHAUST. RUNS GOOD.
DO NOT BID ON THIS TRUCK IF YOU DO NOT INTEND TO FOLLOW THROUGH ON PURCHASE.
CALL VERNON IF YOU HAVE ANY QUESTIONS.864-804-7714