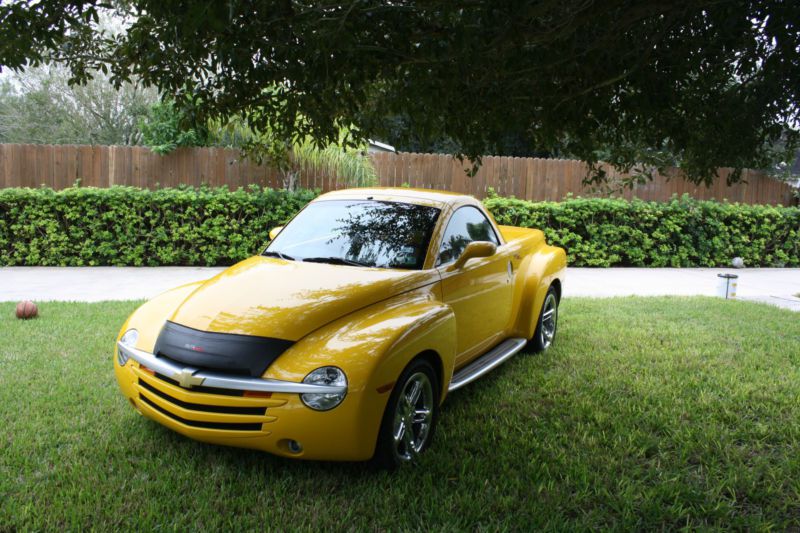 2005 SSR SUPER LOADED AS IT CAME OUT OF THE FACTORY, IT HAS THE LS-2 400HP CORVETTE MOTOR 6.0L, FULLY CARPETED BED WITH WOOD SLATS PAINTED IN YELLOW , CHROME WHEELS, RINNING BOARDS, AUXILIARY GAUGES, WINDSCREEN,TWO REMOTES, AUTO-DIMMING MIRRORS, HEATED DRIVER AND PASSENGER SEATS, THE INTERIOR IS EXCELLENT CONDITION, OEM COVER, YOU GET ALL THE AMENITIES MEMORY PKG,HOMELINK,3SS PREFERRED EQUIPMENT GROUP,IT HAS THE BIG 4 OPTIONS.