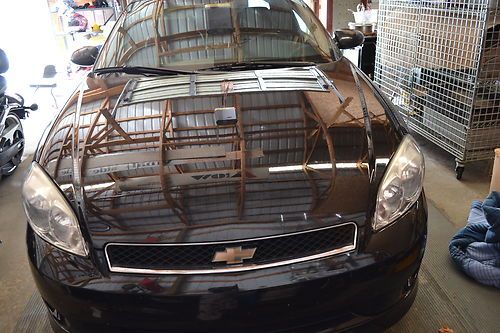 Black on Black fully loaded, the only snow this car has ever seen is to be pulled out for pictures!