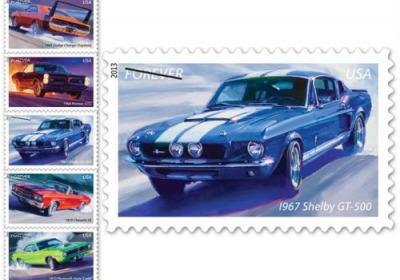 As much as our digital lives have cut down on our trips to the post office, there are still times that sending "snail mail" is necessary. With us car lovers in mind and philately in their hearts, the good folks at the United States Postal Service will introduce a new stamp design called "Muscle Cars" starting on February 22.