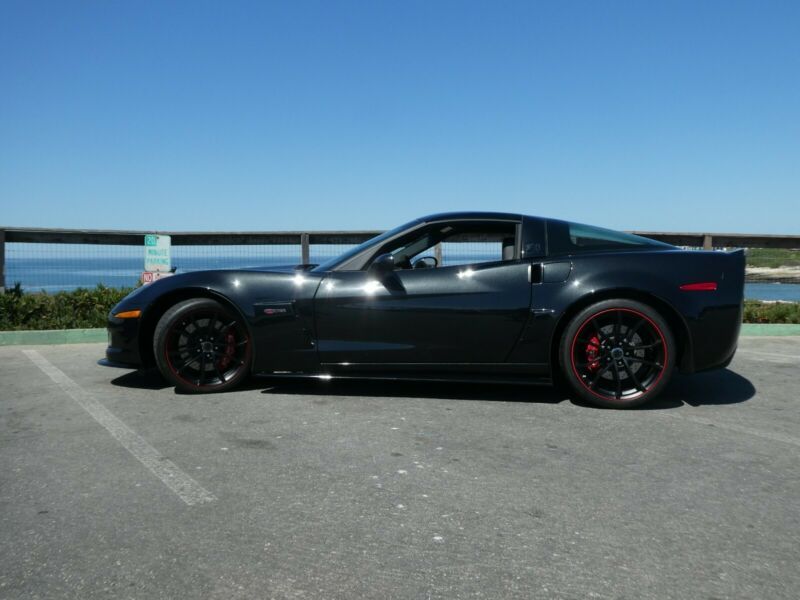 This particular 2012 Vette is an extra-special Centennial Edition that celebrates Chevrolet's 100th birthday,
making it a collector's piece as well. With only 1450 miles it’s perfect.
Only 195 Z06s were built in this color. The Z06 enjoys wider wheel flares that give it a low, menacing stance as
well as a custom front fascia with a special air intake between the headlights. The effect is subtle, but nobody
will mistake a Z06 for a garden-variety Corvette. Add in the carbon-fiber ''100'' logos on the b-pillars and wheels
that came with the Centennial Edition, and everyone knows this is a special C6.

For all its race-inspired functionality, the Z06 is designed to be a daily-drivable high-performance vehicle. To
that end, comfort and convenience are held to a very high standard. HID headlights, fog lamps, leather seating,
dual-zone air conditioning, cabin air filtration and a heads-up display (HUD) with track mode and g-meter are
standard. The Z06 gauge cluster displays the Z06 logo on the 7000 RPM redline tachometer and has readout on the oil
pressure gauge to reflect the higher pressure of the dry-sump oiling system. The seats feature exquisite leather
surfaces with microfiber suede inserts and red stitching, a beautiful dash with same red stitching, and a plush
suede-wrapped steering wheel with that familiar ''100'' center badge that comes with this package. The options list
is plentiful, pretty much everything GM had available in 2012 for their production cars is in this Corvette. As
with the exterior, the interior of the car is in superb shape..