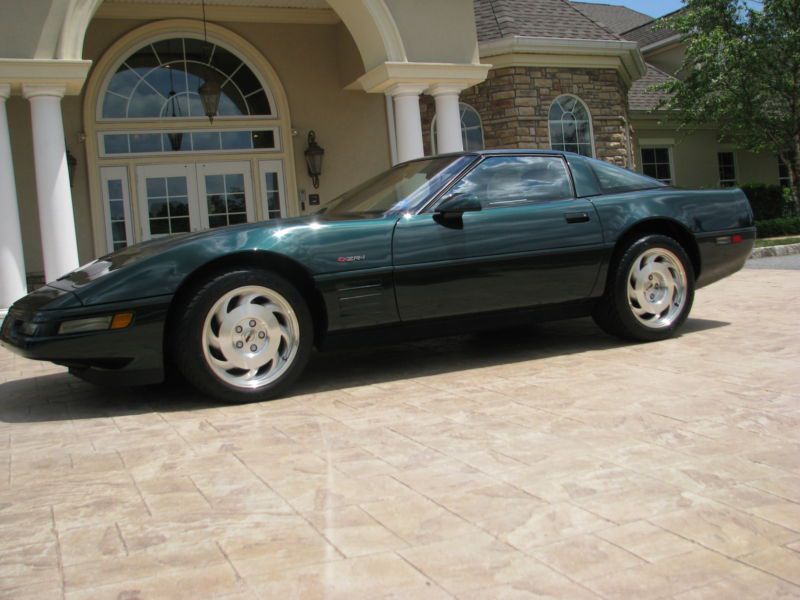 1993 Corvette ZR-1 with only 7,500 miles.Two collector owners of a time capsule preserved car .Always in great
storage,with no signs of aging, perfect paint,and interior.Have all paper work from original sale,including window
sticker,and dealer invoice.The clear optional t-top has some cracks,painted top is perfect.Also the windshield has
typical lamination problem.So much fun to drive,and own.Great investment that you can enjoy.The condition of this
car is beyond words.