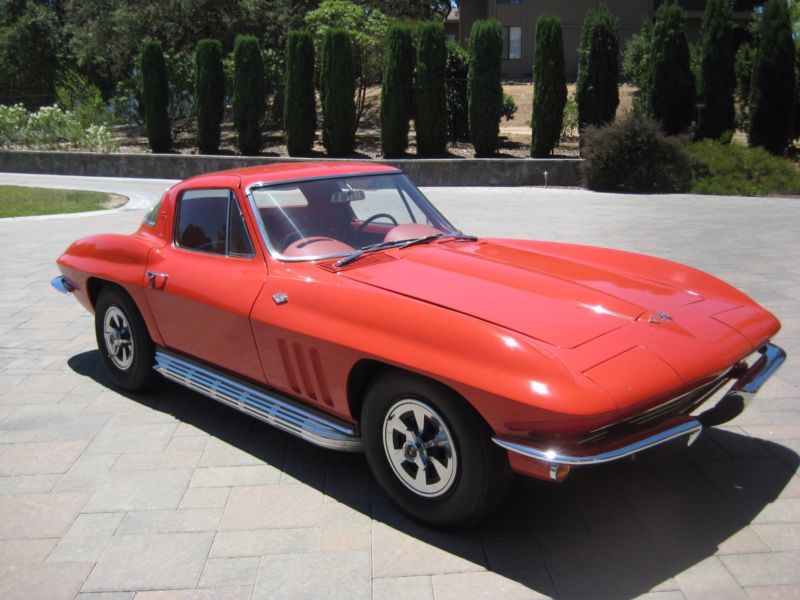 Matching numbers/Original engine 327 (250 HP) Corvette. I'm the 3rd owner and I've owned it since 1987. It has
been in California since the early 1980's. It was built on 3/2/1965 and delivered to Salina Motors, Syracuse, NY.
It was purchased new by first owner in Syracuse. I have the original Protect-O-Plate, original manual, and
original dealer sales invoice that indicates it was sold with a powerglide transmission, positraction rear end, and
am/fm radio as options.
The radio and power antenna motor both work great.
All lights and gauges work. It runs and drives very well but does have some scratches in the paint
and a paint bubble on right rear fender as shown in photos. The side pipes were not an option on this engine model
and must have been added when the restoration work was done in 1980 (they look and sound great). I also have the
chrome ignition covers that will go with the car along with manuals and historical literature.