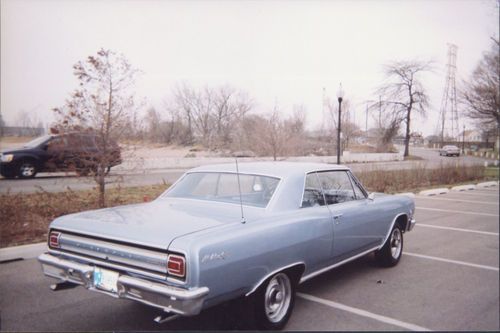 This Chevy runs and drives very nice. It has a V8 283 motor, automatic, stock dual exhaust, power steering, power brakes, brand new tires with less then 200 miles, no rips or tears in interior, all windows are good with no cracks and go up and down with no problems, door shut real nice, no rust on exterior, stock wheels and SS hub caps come with car and A.M. radio, everything works except for the cigarette lighter.

Please email me for anymore info.