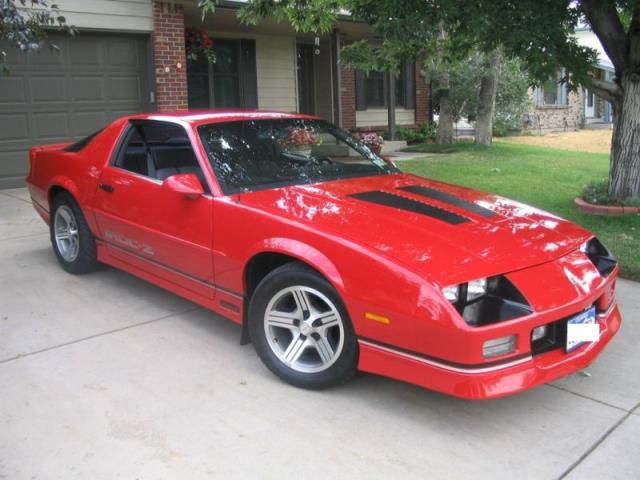 1989 Camaro IrocZ . In near mint condition. Low Miles. the proud owner of this Camaro for the last seven years. Award winning car. This Camaro is very clean inside out. 5.7 litre tuned port injection. Auto transmission , PB, PS , power windows , power seats. No Leaks. Not a drop of oil. New CAT Back exhaust. Victory red exterior , black and grey interior. Original paint, original interior, original engine. Underneath the car is very clean, no rust. A true collector car. Very well taken care of , garaged with cover. One minor issue with electrical. If car sits for long period battery starts to drain. Probable cause from radio. I understand this is typical with the radio. Have not troubleshot. For now keep battery cable disconnected when car sits.
No call please. e-Mail : godkleinmossbacked@netzero.com