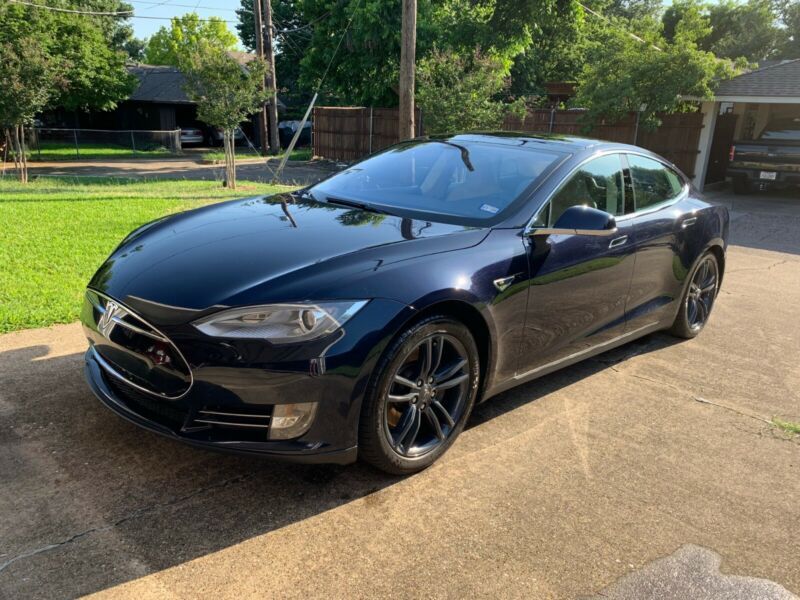 Regularly charge to 90%, only charge to 100% for road trips. Nearly all miles are highway miles. Kept in Garage
at all times.

Options include..
Panoramic All Glass Roof
19" Wheels (Original Wheels, Powder Coated to "Tesla Grey" with matching center caps
Tech Package
Sound Studio Package
Active Air Suspension
Parcel Shelf
Supercharger Hardware
** This car is grandfathered in to Tesla "Unlimited Supercharging" Program. You can take this vehicle to ANY of
the Tesla's Superchargers and charge for FREE! Period. This privilege transfers with the vehicle. **

Charging Cable and Accessories
Floor Mats
Original Ownership Documents
"Zero Emissions" license plate
Original Window Sticker
Rear "Model S" and "60" Badges. (These were removed from the rear bumper for a cleaner look. See photos.
They are applied with automotive adhesive and can be reapplied if you so choose.)
2 Sets of Keys