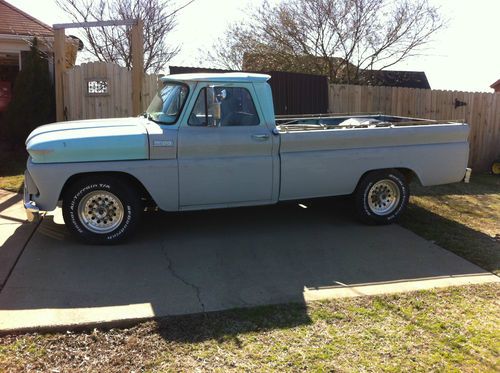 Condition: UsedA vehicle is considered used if it has been registered and issued a title. Used vehicles have had at least one previous owner. The condition of the exterior, interior and engine can vary depending on the vehicle's history. See the seller's listing for full details and description of any imperfections.Seller Notes:"Project vehicle"

All the following items collected for this truck project are included.

Note: the tires in the truck bed are not included. Engine runs but transmission is not. Truck will have to be trailered.

Any questions please ask before you bid. Non-Paying bidders will receive negative feedback.

Cash preferred but trades possible. Please note that truck is for sale/trade locally so may be removed at ay time.

Have a great day!