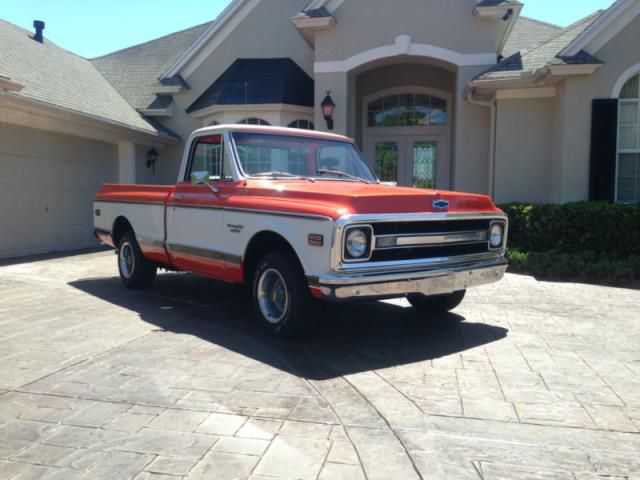 1970 CHEVROLET C-10 FRAME OFF RESTORATION TRUCK THIS TRUCK IS A FRAME OFF NUTS AND BOLTS C-10 OLDER RESTORATION. IS HAS BEEN FEATURED IN MAGAZINES AS WELL AS WON MULTIPLE SHOW TROPHIES. IT IS AN ARIZONA RUST FREE TRUCK THAT WAS BROUGHT TO FLORIDA IN THE EARLY 1980'S. THE RESTORATION WAS DONE IN 1998. THE TRUCK HAS THE FOLLOWING:ORIGINAL 350 ENGINE AND 4-SPEED TRANSMISSIONVINTAGE HEATING AND AIR (BLOWS ICE COLD)ALL GAUGES WORK AS THEY SHOULDPOWER BRAKESUPPER AND LOWER MOULDINGRALLY WHEELSBF GOODRICH RADIAL