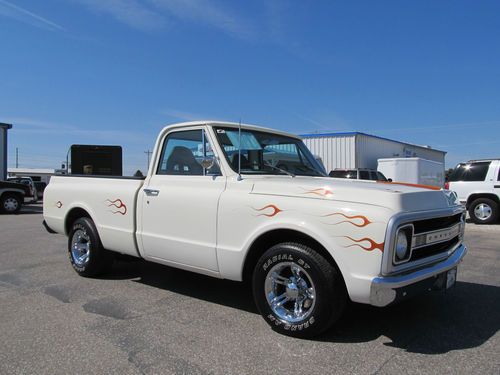 Condition: UsedA vehicle is considered used if it has been registered and issued a title. Used vehicles have had at least one previous owner. The condition of the exterior, interior and engine can vary depending on the vehicle's history. See the seller's listing for full details and description of any imperfections.Seller Notes:"One of a kind! 1969 Chevrolet C10 Custom Truck! Brand new 406 Crate Motor! Turbo 400 transmission! Electric Fuel Pump! New Tires! B/M Shifter/Tach! White pearl coat paint with orange racing flames! Very clean! For more information contact Kyle Heineman at 308-325-1320."