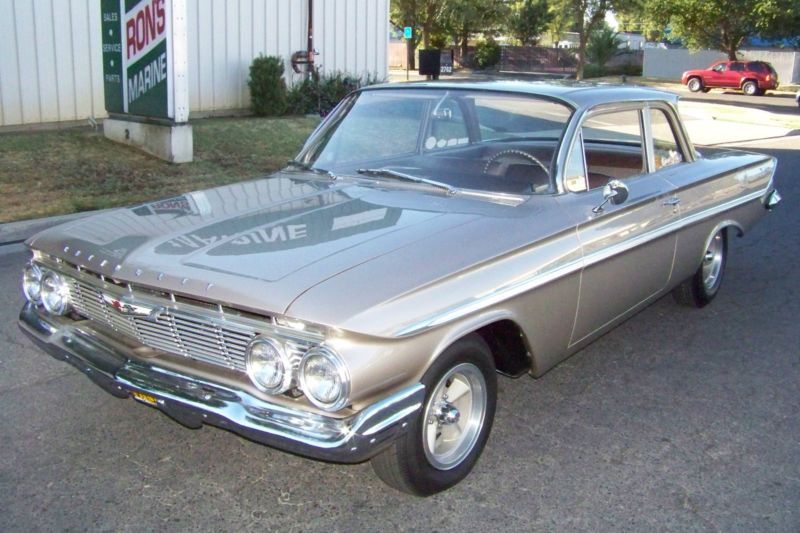 1961 Chevrolet Bel Air 2-Door Post Flat Top
1964 built Chevy 409ci
1964 built T-10 4-speed transmission
3.73 Gears
12 bolt positrac rear end
Electric exhaust cutouts for an amazing sound
BODY TAG
Body OA 296
Paint 920A
5807
VIN:115110103477
The car is as clean underneath as it is on the top side. She runs and drives great.
It's believed, no proof, that the mileage is original. The seat and door panel material is original to the car. The
paint work is outstanding. That 409 looks like it was factory installed. The chrome and stainless is all in very
good shape.