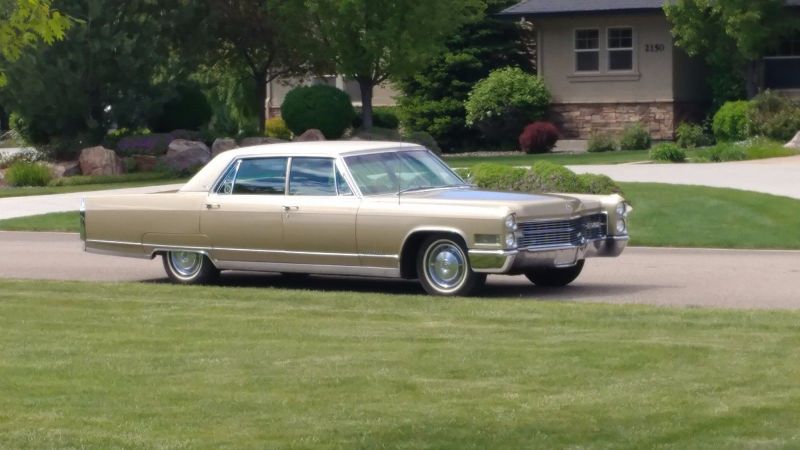 eMail me for more details : i.mendoza67@yahoo.com Original Low Miles Clean 1966 Cadillac Fleetwood, If you are looking fora clean original 1966 Cadillac Fleetwood Brougham this is a GREAT example! Well taken care since new with only 79,850 documented original miles. The moment you open the doors to see the interior it is like a time capsule going back to 1966.There are no cracks on the dash, no rips in the seats, no tears in the headliner, no stains on the carpet, and the original interior trim and wood paneling look like new. The exterior paint looks very nice to this day. You will be proud to show off this Cadillac anywhere. It drives as you would expect from a well taken care of low mileage original. Excellent power from the engine that was completely rebuilt at 56,140 miles with no noise or smoke. The engine compartment looks amazing and is like new as well. The transmission shifts great through each gear while the brakes stops as you would expect. it steers straight and does not wander at all. All of the automatic windows (8) all work, hornworks, radio works, AC blows nice and cold, power seats work, and is a joy to cruise down the road with family and friends in comfort. Please view the pictures below and see for yourself. I can help with your shipper so that it gets loaded and on its way to you. Please see my feedback and buy with confidence.