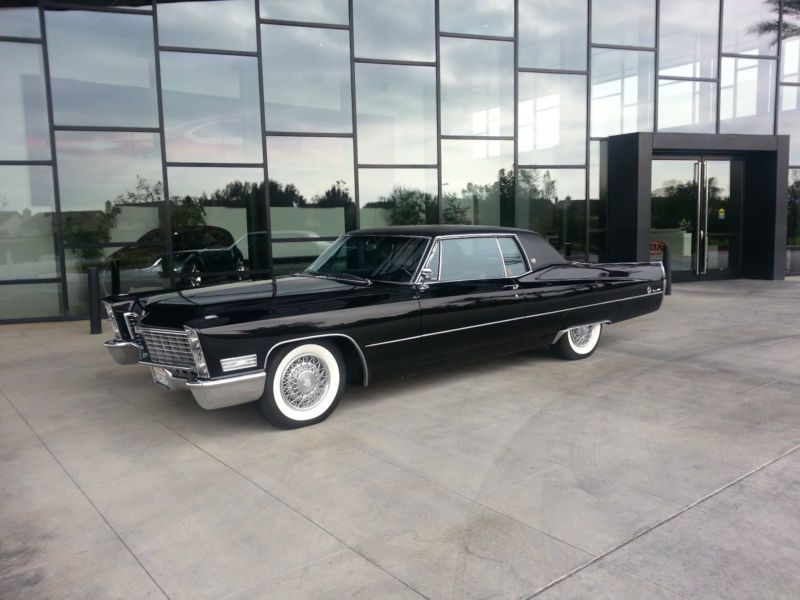 Please email me with any questions or requests for additional pics or something specific at: tatumtffeltham@ukgolfers.com .

Striking original 67 Coupe Deville in Black/Black . 62,195 original miles!!! Has been garaged its entire life. Has original window invoice and keys with knockout numbered inserts so the owner could order another set of keys from the dealer if needed. A truly amazing museum quality car that any collector would be envious to have in his collection.
Shown with later wire wheel Cadillac wheel covers. Original Wheel covers included.
Compare this original Cadillac beauty to what it would cost to do a frame off restoration.
Look at the quality of the chrome, interior,engine compartment closely.
Even has original Factory Floor Mats that were in the car when purchased.