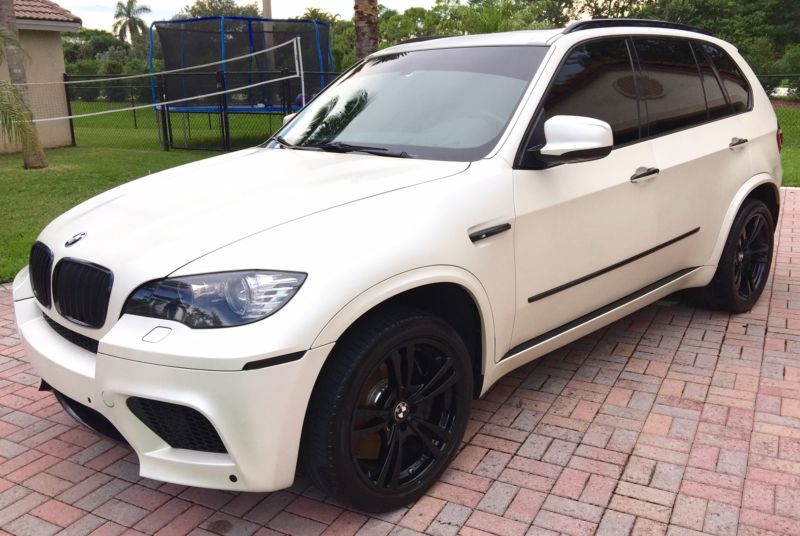 Please message me with questions at: flora.kowaleski@powdermail.com .

THIS IS A TASTEFULLY MODIFIED, WELL MAINTAINED X5M.

2010 BMW X5-M in very good condition both inside and out. This X5 M just had brand new tires and breaks installed! With 555hp, this BMW really is the ultimate driving machine! This well maintained and serviced BMW is loaded up with options both inside and out. The interior of this vehicle is in great condition with no rips or tears in the leather, and there are NO odors present in the vehicle as well. The exterior of this BMW is very clean with minimal wear showing! This 2010 BMW X5 M is equipped with options such as:
Heads up Display
Navigation
Panoramic Sunroof
AM/FM/XM/AUX/6 Disc Player
2 sets of Keys
and much more!!!

One of the best innovations in car buying in recent years is the rise of no-cost scheduled maintenance programs. Many people feel really anxious about taking their car in for service, and these deals help mitigate that somewhat. Obviously, it's not free for automakers to implement the offers, and now BMW is altering the way its four-year, 50,000-mile Maintenance Program works for some owners. "To keep such an offer sustainable we had to make a change," said Kenn Sparks, Manager of Business Communications at BMW North America, to Autoblog via email.
The original person to buy or lease the model isn't going to see any difference, but the program is no longer transferable to a second owner, unless that person is in the owners household. Those people include includes parents, siblings, grandparents and grandchildren, in addition to someone like a spouse or children. The original owner just has to advise BMW of new user. "The program change will affect 2nd owners and for them BMW is introducing an optional full-maintenance product that covers the vehicle up to 100,000 miles," said Sparks. Scroll down to read the entire announcement.

BMW finally brought its four-door M3 into the public view, showing the new sedan off at the 2014 Detroit Auto Show. The new M3 represents BMW's return to small, wildly fast four-door sedans after a several year absence following the discontinuation of the E90 M3 Sedan way back in 2011.
The M3 enjoys the same 425-horsepower, 3.0-liter six-cylinder used in the M4, with 406 pound-feet of torque and the owner's choice of either an old-fashioned six-speed manual or a seven-speed M dual-clutch transmission. All told, the new powertrain should scoot the four-door M to 60 in a mere 3.9 seconds (with the M DCT).
We've got a full gallery of live images of the all-new M3 up above, and we've included the original stock gallery down below. Feel free to peruse either, and then let us know what you think by sounding off down in Comments.