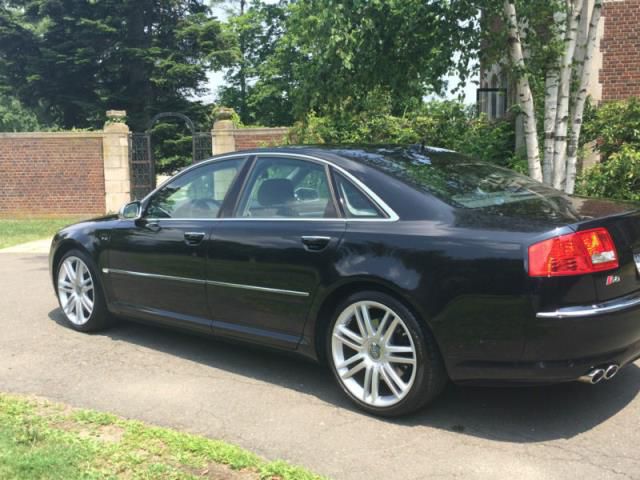 THIS IS THE LOWEST MILEAGE DOCUMENTED AUDI S8 KNOWN TO CURRENTLY EXIST! A 2007 AUDI S8, NEAR FLAWLESS, PEARL BLACK WITH BLACK LEATHER AND SUEDE HEADLINER, FULLY SERVICED BY NEW COUNTRY AUDI IN GREENWICH CT, FULLY LOADED, THIS GORGEOUS AUDI S8 HAS SPENT ITS LIFE IN A FULLY CLIMATE CONTROLLED GARAGE. THERE IS A THIN 1 INCH LONG SURFACE SCRATCH ON DRIVERS DOOR AND AND ONE RIM HAS A MINOR SCUFF - UNDER 3/4". SERIOUS BIDS ONLY. ONCE IN A LFIETIME OPPORTUNITY TO OWN A FUTURE CLASSIC COLLECTIBLE!