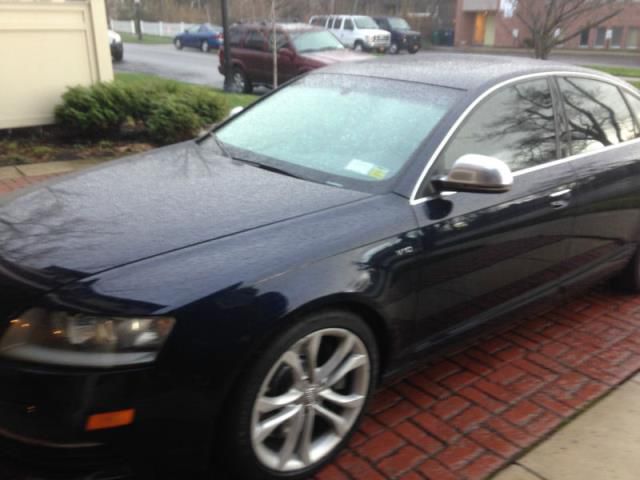 All original, no modifications. No Accidents. Has original performance wheels and tires and comes with a set of Winter wheels and tires as well. All original manuals and docs. Wired for Valentine One Radar/laser unit. Dark window Tint. Car recently professionally detailed and paint corrected for sale. Fantastic car.

Still in the process of trying to get its trick LED Matrix Beam headlights legalized in the US, Audi is now trying to get its front and rear sequential LED turn signals approved by the National Highway Traffic Safety Administration. Just like its auto-dimming headlights, the sequentially illuminating turn signals don't meet NHTSA's Federal Motor Vehicle Safety Standard 108.
The problem, according to Automotive News, is that the individual lighting elements are too small to meet current US safety regulations. The rule states that each lamp should be 22 square centimeters (8.6 square inches) and the whole lighted combined area must be 50 square centimeters (19.6 square inches). In the individual sequence, Audi's lights are much smaller than that. As for the Ford Mustang, which has had sequential turn signals since 2010, this system is legal since the first lens is large enough to meet the required size, so the other two lights really aren't even necessary.
It sounds like it could be some time before we see these turn signals on Audis in the US, which is a shame because in addition to their styling bebefuts, we think they're more effective at signaling the vehicle's intended direction of travel, and they do a better job of grabbing the eye. Scroll down to watch a pair of videos showing the headlights in action on the redesigned A8/S8 as well as the recently updated R8.