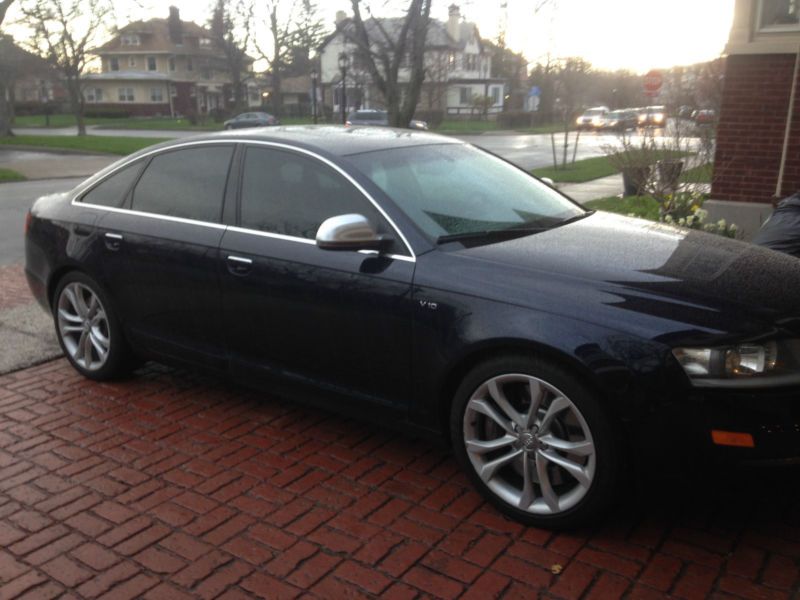 All original, no modifications. No Accidents. Has
original performance wheels and tires and comes with a set of Winter wheels and
tires as well. All original manuals and docs. Sticker price was $79,125. GPS
just updated and all service up to date. Wired for Valentine One Radar/laser
unit. Dark window Tint. Car recently professionally detailed and paint corrected
for sale. Fantastic car.

Audi has pulled the official wraps off its new Sport Quattro Concept, which will be debuted at the 2013 Frankfurt Motor Show. The automaker is understandably keen to draw inspiration from its classic Quattro line of automobiles, specifically the original Ur-Quattro from 1980 and the short-wheelbase Sport Quattro that took part in rally racing and set a record at the Pikes Peak Hill Climb in 1987. A massive dose of modernity comes courtesy of its 700-horsepower plug-in hybrid powertrain.
There is a clear link in the styling of the Sport Quattro Concept to Quattro coupes of the past, from the large flat surfaces that make up its C pillars to the blisters over the fenders and the basic headlamp shape (equipped as they are with Audi's Matrix LED technology). Pay special attention to the car's grille, which introduces a slightly new design language that is expected to be seen in the next generation of Audi's mainstream production models.
The interior of the Sport Quattro Concept is a refreshing departure from Audi's admittedly attractive and useable design, with sharp lines and lots of visible carbon fiber. There are seats for four occupants inside, along with a comparatively generous cargo area measuring 10.59 cubic feet.