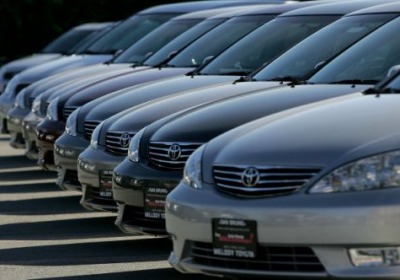 A jury has decided that faulty software was to blame for a crash involving a 2005 Toyota Camry that killed one woman and injured another. This is the first time Toyota has been found liable by a jury in a lawsuit involving sudden acceleration claims. Toyota has maintained that driver error is the most likely cause for cases of sudden acceleration.

Shortly after the jury in the case, which took place in Oklahoma and centered around a crash that injured 76-year-old Jean Bookout and killed her passenger, Barbara Schwarz, reached a verdict that would see Toyota paying $3 million in compensatory damages, a confidential settlement was reached. The jury, which had found Toyota liable for "reckless disregard" for public safety, had yet to decide what punitive damages Toyota would face.

Toyota said in a statement, "While we strongly disagree with the verdict, we are satisfied that the parties reached a mutually acceptable agreement to settle this case. We will continue to defend our products vigorously at trial in other legal venues."

This verdict could have widespread implications for several more cases that have yet to be heard in court where lawyers are expected to argue that software was to blame for sudden acceleration in Toyota vehicles. These cases fall into a different legal category than the ones Toyota settled for $1.4 billion earlier this year. Toyota's brief statement can be found below.

Torrance, Calif., Oct. 25, 2013 – Toyota today issued the following statement in response to the verdict and settlement of the Bookout v. Toyota case in Oklahoma County Court:

"While we strongly disagree with the verdict, we are satisfied that the parties reached a mutually acceptable agreement to settle this case. We remain committed to providing our customers with safe and reliable vehicles, and we will continue to defend our products vigorously at trial in other legal venues."