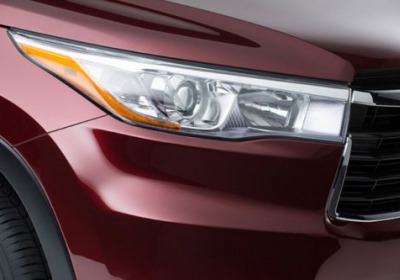 Toyota has given us a look at what the company will bring to the 2013 New York Auto Show. Visitors will get to set their eyes upon the all-new 2014 Highlander, and while the automaker isn't saying much in the way of details, we do get the teaser you see above (click to enlarge) to ponder on until next week. The image shows little more than a headlamp and a bit of grille, but gives us the flavor of what the crossover will bring to the table.

Scion, meanwhile, says it plans to dust off the "new 2014 tC sports coupe." While we don't imagine the two door will have undergone a major surgery, we're interested to see what the automaker has cooked up. The tC last endured a redesign in 2011. Check out the brief press release below and look for the vehicles to bow on March 28.Y

The press conference will be held on Thursday, March 28, at 9:55 a.m. Eastern Time in the Galleria Level Four at the Jacob Javits Center.