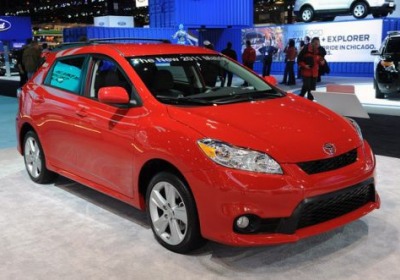 Between its slow sales and the upcoming redesign of the closely related Corolla sedan, things haven't been looking good for the Toyota Matrix (for some time now). After 10 years on the market, Toyota has officially announced that it will drop the Matrix from its US lineup following the 2013 model year.

The announcement was made as a part of a press release breaking down what's new for Toyota in 2014, but for now, it doesn't look like any Toyota-branded product will fill the Matrix's spot. The Matrix and its sister car, the defunct Pontiac Vibe, were the final vehicles developed under the joint venture between Toyota and General Motors, an arrangement launched back to 1984.