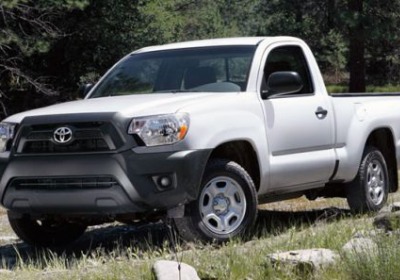 Even as General Motors prepares to redesign its midsize pickups, the market for sub-fullsize trucks continues to shrink. The remaining competitors in the segment are the well-aged Nissan Frontier, Honda Ridgeline and Toyota Tacoma, and now Truck Trend is reporting that the latter will be dropping its regular cab model due to poor sales.

According to the article, the available configurations for the Tacoma lineup will be whittled down in 2015, which apparently spells the end for the two-door Taco. The Tacoma is currently the last truck in its class to be offered in a regular cab configuration, with the Frontier no longer offering a standard cab model and spy shots of the next-gen Chevrolet Colorado not revealing any glimpse of a short cab, either.