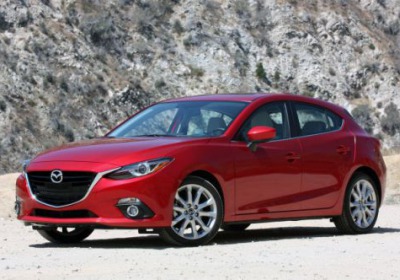 For Mazda there's good and not-so-good news on the heels of strong US sales in 2012: demand is high - especially for the Mazda3, Mazda6 and CX-5 - but supply is low, TheDetroitBureau.com reports. That's partly because all Mazda production happens in Japan, since it ended its alliance with Ford and pulled out of a joint venture with the blue oval building cars in suburban Detroit last year.

In 2012, Mazda sales here jumped 26.4 percent, but 2013 sales through August have just been keeping pace with the overall US auto industry, increasing at a rate of 6.8 percent. Mazda North American Operations director of marketing and communications Jeremy Barnes says that sales have slowed because the company is facing challenges delivering products here.

That should be offset somewhat as Mazda rolls out its all-new (and quite good) 2014 Mazda3 sedan in the fourth quarter. Currently Mazda3 sales represent 40 percent of the automaker's total sales in the US, The Detroit Bureau reports. Sales should also experience a boost when Mazda opens up a new plant in Mexico in spring 2014.

In the meantime, the CX-5 has done very well lately, which experienced a sales increase of 82.3 percent in August - the crossover's best month ever. The Mazda6 also had a good August, with a 167-percent increase compared to the same time last year, despite a tight supply.