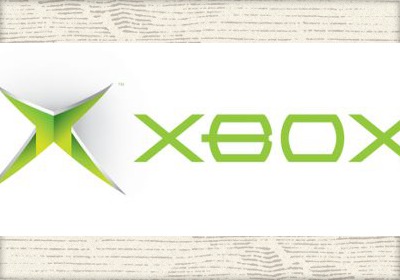 In April, Mazda introduced a marketing campaign titled "Game Changers" to showcase how certain people have made significant impacts in their respective sports, and now it's the Japanese automaker that is changing the game by creating an innovative way to launch a new product. Mazda is teaming up with Xbox to offer a first-of-its-kind live-streaming global debut of a new product. Mazda didn't say which model will be debuted, but our guess is that it will be the next-generation Mazda3.

The actual reveal will take place at 9 pm on June 26 during a live concert from the band Metric in New York City, but there will be other live events preceding the concert in Melbourne, St. Petersburg, Istanbul and London. Mazda will be promoting the event on social media using the hashtag #GameChanger, and there is also a contest on Xbox where one winner will receive $2,500 to attend a music event of their choice. Scroll down for the full details of the contest and vehicle debut event.

· Today Mazda kicks off an awareness campaign for #GAMECHANGER a Mazda Exclusive Live Event featuring Metric
· The event will be the first to broadcast a live vehicle introduction and concert globally through Xbox consoles on June 26 at 9:00 PM EDT
· Fans can join in the conversation through Facebook, Twitter, Instagram and Google+ through the hash tag #GAMECHANGER
· Fans can obtain more information at www.MazdaUSA.com and www.xbox.com/gamechangerregistration

IRVINE, Calif. (June 18, 2013) – Mazda has teamed-up with Xbox, Microsoft's premiere entertainment brand to produce the first-ever global live stream of a new vehicle introduction. Mazda is keeping the vehicle a surprise but has announced that the event will be anchored with a live concert by the award-winning band Metric – the first to be streamed live globally through Xbox.

On June 26, 2013, Mazda's vehicle reveal will take place live from New York. The event will be broadcast at 9:00 PM EDT globally on Xbox Live, and is the culmination of a multi-city reveal cadence that will start in Melbourne, travel through St. Petersburg, Istanbul, London, and then on to New York City.

"It's a digitally connected world, so what better way to reach our customers than through a connected platform like Xbox," said Russell Wager, vice president of marketing for Mazda. "We were looking for a way to launch a global product and tie together our five separate reveals. Xbox not only gave us the platform, but allowed us to leverage our digital assets to drive a global audience to view the event."

Starting today, Mazda will begin launching a series of activations to build awareness of the event, which is in line with the brand's new advertising campaign that began in April. The kick-off will begin through Facebook, Twitter, Instagram and Google+ and include the hashtag #GameChanger so that fans can join the conversation. MazdaUSA.com will direct viewers to a dedicated Mazda landing page on Xbox.com. The site will include details of the event, a countdown clock and will host a sweepstakes for one lucky entrant to win $2,500 to create their dream trip to a music event of their choice.

In addition, MazdaUSA.com visitors will be informed of the event through a specially branded Mazda Facebook tab.

"This organization has always been one that likes to be a part of breaking new ground" said Metric's manager Mathieu Drouin of the band's involvement in the first ever, multi-continent concert streaming event on XBox live. "Metric's fans are spread throughout the globe, so there is something quite special about being able to offer a select few fans the opportunity to attend such a unique and intimate Metric concert in person, while the rest of the band's fans around the world can participate virtually through a social streaming event on one of the world's largest interactive global entertainment platforms."

Fans that participate in the broadcast will not only get treated to the exclusive Mazda vehicle debut, a free live concert, and a chance to win a sweepstakes, but also receive a branded #GameChanger t-shirt for their Xbox Live Avatar-the first giveaway of its kind tied to a live event.

Mazda vehicles provide customers engaging technology that connects their driving experience to the outside world via social media, entertainment options, satellite navigation and real-time traffic monitoring. Partnering with Xbox for the global reveal of a new vehicle allows Mazda to participate with its target customers through technology they are already using to enjoy their entertainment, but in a fresh and innovative way.

Mazda North American Operations is headquartered in Irvine, Calif., and oversees the sales, marketing, parts and customer service support of Mazda vehicles in the United States and Mexico through nearly 700 dealers. Operations in Mexico are managed by Mazda Motor de Mexico in Mexico City.