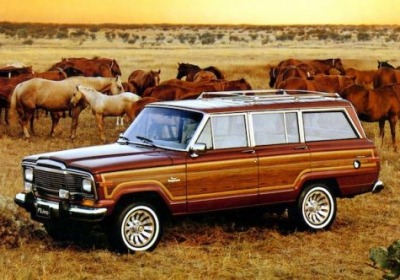 The Wagoneer got the SUV on the radar of buyers looking for something capable, comfortable and rugged.

The Jeep Wagoneer was introduced 50 years ago, and it's that vehicle we have to thank for the herds of excellent crossovers and SUVs that make up our current automotive landscape. On a personal level, I have always loved the full-size Jeeps and their crisp Brooks Stevens styling, which aged well over their long tenure on the market. The SJs, as they're known among enthusiasts, were the Wagoneer and its two-door counterpart, the original Cherokee. The Wagoneers had become true luxury vehicles by the end of their run, which stretched form late 1962 as a '63 model all the way to 1991, when they were offered exclusively under the Grand Wagoneer nameplate.

At the end of the line in 1991, The New York Times called the Grand Wagoneer "one of the last true gas guzzlers" as it eulogized the vehicle. It deserves more respect than that; the Wagoneer got the SUV on the radar of buyers looking for something capable, comfortable and rugged. People who could afford such luxuries seemed to understand its purpose. At the end of production, the average Grand Wagoneer buyer pulled in over $100,000 a year, and the Jeep often served as a second or third car. There is no denying that the Wagoneer invented the luxury SUV, years before the Range Rover was ever offered for sale.

You can't buy a brand-new Wagoneer anymore, though there's been talk of bringing the model name back. In the mid-2000s, Jeep had the Commander, which was similar, though not enough to be successful. That doesn't mean that people don't still want to buy a vehicle that hits the same high notes the old Wagoneer did. You can still buy an original Wagoneer, good as new, or even better, from specialists like Wagonmaster, who find and restore these classics.

I was looking for the Wagoneer's traits in a brand-new vehicle on my own recent car search. It turns out the original inspiration that thrived under Willys, American Motors and Chrysler still has merit. It also turns out that you can still buy a a suburb-friendly four-by-four that can go to the opera, up north for a ski vacation, or bravely traverse a muddy and rutted dirt road, and it still has a Jeep badge.

Let's not argue the merits of an SUV versus station wagons or minivans, as all three of those segments are good ideas. Automakers do well when they give the people what they want, and that's why there's a chorus of luxury SUVs on the market. The Grand Wagoneer not only opened the door for its successors, but for vehicles like the BMW X5 and Mercedes ML, not to mention the Cadillac Escalade. The symphony originally composed by the Grand Wagoneer has turned into a standard in the American Vehicular Songbook, and it still makes beautiful music.