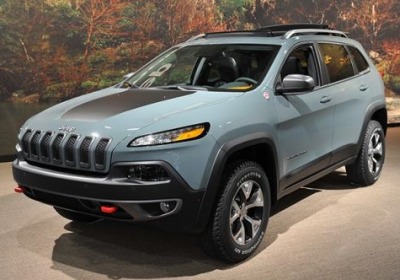 In 2011, Chrysler announced a $72-million investment in its Toledo Machining Plant to modernize production of the eight- and nine-speed torque-converters for automatic transmissions made there. That upgrade work won't be finished until Q3 of this year, but Chrysler has already announced a further $19.6-million investment to increase production capacity for the nine-speeders.

The extra units will be necessary because the nine-speed transmission they'll be mated to is going into three popular models: it will debut on the 2014 Jeep Cherokee, then go into the Chrysler 200 and Dodge Dart. The company predicted that this year alone it would sell 200,000 units equipped with the nine-speed tranny, and it is spending some $374 million in addition to the investment in Toledo to upgrade production capacity for it.

The work attached to this new investment won't begin until Q3 of 2014, and it will be finished by the end of that year. There's a press release below with all the details.

April 26, 2013 , Auburn Hills, Mich. - Chrysler Group LLC announced today that it will invest $19.6 million in its Toledo Machining Plant in Perrysburg, Ohio, to increase capacity of the torque converter it's machining for the nine-speed transmission. With this announcement, the Company's total investments in its U.S. operations since June 2009 increase to over $5.2 billion.

The new torque converters will be paired with the next generation, fuel efficient nine-speed front-wheel drive transmission being assembled at Chrysler Group's Indiana (Kokomo, Ind.) Transmission Plant I. The new transmission will debut in the 2014 Jeep® Cherokee.

"The new nine-speed transmission is a critical part of our strategy to meet fuel economy requirements over the next several years and Toledo Machining will play an integral role in bringing this transmission to market," said Scott Garberding, Senior Vice President, Manufacturing, Chrysler Group LLC. "Securing this additional investment is a testament to the dedication and commitment of the plant's workforce and helps secure its future long-term."

The investment will fund the installation of new equipment and tooling for additional machining and assembly capacity. Installation is expected to begin in the third quarter of 2014 and will be completed by the end of 2014.

In August 2011, a $72 million investment in Toledo Machining was announced to modernize the plant to produce the eight- and nine-speed torque converters on two new production lines and a new steering column for the Dodge Dart and Jeep Cherokee. These installations will be complete in the third quarter this year.

"We're very pleased that Chrysler is once again investing in the Toledo Machining Plant and the skilled workforce there," said General Holiefield, Vice President and Director, UAW Chrysler Department. "This will help preserve and enhance jobs in the area and give a greater measure of security to our members and their families well into the future."

In February, the Company announced that it was investing $374 million in several of its Kokomo, Ind., facilities, including establishing a new manufacturing site in Tipton, Ind., to increase production capacity of the nine-speed transmission.