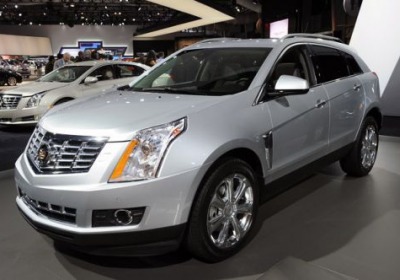 The National Highway Traffic Safety Administration has issued recalls for the 2013 Buick LaCrosse and 2013 Cadillac SRX due to a problem with the software for the transmission controller. On about 27,000 SRX and LaCrosse models, the transmission could accidentally be shifted to Sport mode, which would reduce the amount of engine braking drivers experience.

NHTSA says this could increase the risk of a crash, but, fortunately, the required fix is simply an update to the software.

While we're on the subject of General Motors vehicle recalls, a small number (48) of compressed natural gas versions of the 2011 Chevrolet Express are also being recalled for a potential risk of fire or explosion. Yikes. Both official recall notices are posted below.

CONSEQUENCE:
If engine braking is unexpectedly removed, it may increase the risk of a vehicle crash.

CONSEQUENCE:
If a pressure relief device activates with an improperly assembled vent pipe, compressed natural gas may be vented into the passenger compartment. If an ignition source is present, an explosion or fire may result.

REMEDY:
Impco Automotive, in cooperation with General Motors will inspect and make any necessary repairs on the pressure relief device and vent pipe assembly. The safety recall is expexted to begin by the end of March 2013. Owners may contact General Motors at 1-800-521-7300.