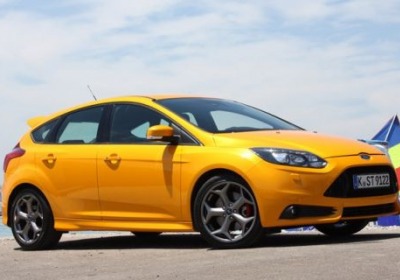 Last August, Ford made a few waves by claiming that the Ford Focus was, at that point, the top-selling car in the world. The automaker failed to account for variations of the Toyota Corolla wearing a different name (such as the Auris and Matrix), however. With official data from Polk coming in now, Ford is able to say that the Focus was, in fact, the best-selling nameplate in the world last year.

Using new-car registrations (which doesn't factor in fleet sales), the Polk data shows that a total of more than one million Focus models around the world. Strong sales in the US and China have led to a 16 percent increase in year-over-year Focus sales from 2011 that helped to create even more of a gap between it and the second-best global seller, the Corolla.

Ford also had the Fiesta and F-Series listed in the top 10 for worldwide nameplates, but what's even more impressive is the fact that the F-Series is only sold in North America. Scroll down to see the list (compiled by Ford using Polk data) of the top global sellers last year and a press release from Ford.

- Ford takes three of the top-10 best-sellers, with Ford F-Series – the world's No. 1-selling pickup – ranked third and Fiesta the best-selling subcompact at sixth overall

Sales of the compact Focus totaled 1,020,410 cars worldwide according to the automotive data and trends forecasting leader. Market gains for Focus were driven by consumer demand in China and the United States. China registrations were up 51 percent last year, with the market responsible for just more than one out of four Focus vehicles sold globally according to Polk vehicle registration data. U.S. Focus sales were up 40 percent in 2012, also contributing to the car's global growth.

In addition to holding the title of world's best-selling vehicle overall, Polk data also confirm the Ford Fiesta earned the top spot as the best-selling subcompact car globally, with 723,130 registrations last year. Together, registrations of Ford's small cars – Fiesta and Focus – totaled 1,743,540 vehicles in 2012, according to Polk.

"Focus and Fiesta represent the culmination of our One Ford global product strategy," said Jim Farley, Ford executive vice president, global marketing, sales and service and Lincoln. "Our global products are resonating with consumers – especially in the best-selling, most competitive segments – with their unique combination of fuel efficiency, high quality, rich content and fun-to-drive personalities. Through One Ford, we're able to bring economies of scale and fantastic value to customers all around the world."

Global new vehicle registrations for F-Series totaled 785,630 trucks last year, putting it in the No. 3 spot among all vehicles sold worldwide. F-Series has been America's best-selling pickup for 36 straight years.

"Since its launch in China in late March of last year, Focus sales continue to strengthen, with the car now ranking as the best-selling passenger car in China in 2012 for the first time ever," Farley said. "With additional manufacturing capacity added last year, we now have a tremendous opportunity to further strengthen our global small car sales in 2013, with sales off to a very strong start already."