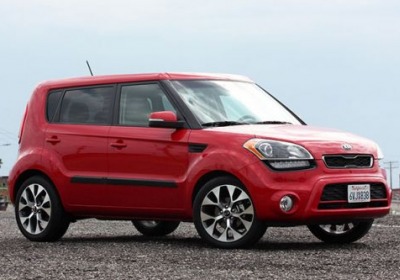 The unintended acceleration brouhaha at Toyota led to the National Highway Transportation Safety Administration tightening the vise on recall procedures. Likewise, the fuel economy kerfuffle that blew up with Hyundai and Kia's admission of overstated fuel mileage claims could lead to the Environmental Protection Agency policing automaker assertions by performing more audits.

At least, that's what a senior engineer with the government agency said while in Michigan giving a talk, according to a report in Automotive News. What that actually means, however, is still in question. Just ten to 15 percent of new vehicles – something like 150 to 200 cars per year – are rested by the EPA to verify automaker numbers. The EPA's own tests include a "fudge factor" to adjust lab mileage for real-world mileage, and the agency still relies on automakers to submit data for tests that it doesn't have the facilities to perform. How much more auditing can the EPA really expect to do, or perhaps a more relevant question would be how much more accurate could the EPA's audits become?

The price of gasoline, the psychological importance of 40 miles per gallon to a frugal car buyer, an automaker wanting to further justify the price premium of a hybrid, all of these things contribute to fuel economy numbers that insist on creeping upward. Perhaps the senior engineer encapsulated the whole situation best when he said, "Everybody wants a label that tells you exactly what you're going to get, but obviously that's not possible. A good general rule of thumb is that real-world fuel economy is about 20 percent lower than the lab numbers." If the lesson isn't exactly 'buyer beware,' it's at least 'buyer be wary.'