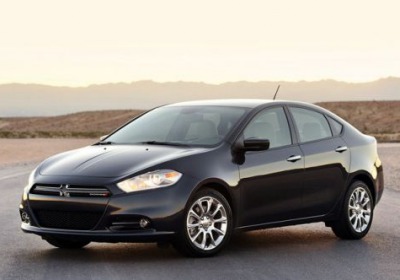 According to Automotive News, Chrysler is hoping Fast & Furious 6 will be kind to the Dodge Dart. While the compact sedan doesn't actually show up in the film, Dodge has partnered up with the movie franchise for a new ad featuring the Dart.

Chrysler hasn't exactly seen the high sales numbers it was originally hoping for with the new sedan, thanks in part to a couple of missteps. For starters, most early-production vehicles were only offered with a manual transmission. Analysts believe Chrysler squandered around 95 percent of potential Dart sales because automatic transmission options weren't immediately available.

Right now, the Dodge Dart rakes 19th among compact cars, pulling down 31,064 sales through April. Last month was the company's strongest, with 8,099 units moving off of dealer lots. Unfortunately, the model has also been handicapped by its older sister, the Avenger. With Chrysler throwing heavy incentives at the aging sedan, many consumers have taken advantage of a better deal with the slightly larger, more powerful Avenger.

Scroll down to watch the Fast & Furious-inspired Dart ad.