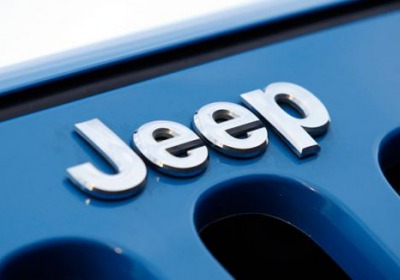 It's not often that recall stories make it above the fold, in that old newspaper parlance, but when one shows up as the lead story on the network evening news programs, you know it's something big.

And so it is with Chrysler snubbing its nose at a request by the National Highway Traffic Safety Administration to recall 2.7 million Jeeps the feds insist are at risk of potentially catastrophic fuel tank fires in a rear-end collision.

For its part, the automaker insists that "the vehicles are safe and not defective," adding that "incidents... occur less than once for every million years of vehicle operations." And it insists it has the data to back that up.

But sometimes you can't win for losing and even if Chrysler is right, there is a serious chance that it may nonetheless lose the battle in the public eye, especially if it is seen as putting profits before safety.


Paul A. Eisenstein is Publisher of TheDetroitBureau.com and a 30-year veteran of the automotive beat. His editorials bring his unique perspective and deep understanding of the auto world to Autoblog readers on a regular basis. This story was reprinted with permission from the author and TheDetroitBureau.com.


There is little doubt that recalling 2.7 million Jeep Liberty and Grand Cherokee models would incur huge expense. According to NHTSA, the problem is that the affected models have their gas tanks mounted behind the rear axle, where they are particularly vulnerable in a crash. Depending upon what sort of fix might be required, that could add up to $100s, perhaps even $1,000s of dollars per vehicle, so the price tag could jump into the billions at the high end.

The maker has already recalled more than 750,000 vehicles for fuel tank-related problems, including 469,000 Jeeps and nearly 300,000 Ram Trucks and Dodge Dakotas. But NHTSA wants Chrysler to go significantly further, insisting its analysis of crash records shows there is a potentially serious risk.

The agency's records indicate there have been 15 deaths and 41 injuries resulting from rear-impact collisions and subsequent fires. Independent safety experts claim those numbers are understated. There have been 51 deaths, according to Clarence Ditlow, executive director of the Center for Auto Safety, who told ABC News that "This will be the biggest recall since the Ford Pinto."


It is certainly the biggest recall-related news story since Toyota came under the microscope for so-called unintended acceleration problems a few years back.

It is certainly the biggest recall-related news story since Toyota came under the microscope for so-called unintended acceleration problems a few years back. The Japanese giant ultimately recalled about 10 million vehicles to deal with sticky accelerator pedals and loose floor mats that could "entrap" an accelerator pedal making it difficult to bring a vehicle to a halt.

Toyota has rebuffed arguments that its vehicles are prone to electronic gremlins, and its position has been backed up by several government studies. Nonetheless, the maker has taken steps to settle a number of lawsuits filed on behalf of those injured or killed, allegedly in unintended acceleration incidents.

That has helped the maker keep images of burned and maimed bodies out of the headlines. And while there were many who speculated Toyota's once sterling image might suffer, it has largely rebuilt consumer confidence in the US market.

German maker Audi also faced claims of runaway cars in the late 1980s, and though it was ultimately redeemed in a federal investigation that largely put the blame on driver error, the maker's image was tattered as it took a hardline stand, rejecting fault. By 1992, Audi nearly pulled out of the US market and two decades later it still lags its luxury rivals, arguably due to the unintended acceleration scare.

Then there's General Motors, which also stared down an order for a massive recall of its midsize X-Cars back in the 1980s. NHTSA insisted they suffered from serious braking problems but GM refused to comply and took the government on in court, ultimately winning when it convinced the judge the proposed recall was unnecessary.

But while GM might have won the battle, it arguably lost the war, many industry analysts realizing that consumers ultimately concluded that GM was simply intent on putting profits above safety by refusing to acknowledge a defect that many reviewers had long written about.

The Chrysler case is a bit less certain. While the federal safety agency contends the Jeep models performed worse than all but one similar model in rear crashes, Chrysler's analysis of the data purportedly comes up with a very different result. The maker insists its position has nothing to do with cost and everything to do with being reasonable.


While the federal safety agency contends the Jeep models performed worse than all but one similar model in rear crashes, Chrysler's analysis of the data purportedly comes up with a very different result.

The question is how the public will view its no-go stand. The maker clearly has some supporters. During an interview on the debate, influential WJR radio morning talk show host Paul W. Smith referred to NHTSA's demands as "clearly another example... of government excess," making less than veiled reference to ongoing scandals such as the one tarnishing the IRS over its investigation of Tea Party groups.

There's no question there's a sizable share of the population that distrusts any government action that "unfairly" impacts business. On the other hand, there was also a public outcry when it became clear that Toyota had manipulated NHTSA into canceling an earlier proposed recall for unintended acceleration problems.

That backlash has led the agency to take a much tougher stand on safety problems and may be one of the reasons behind the proposed Jeep recall.

So, while Chrysler may insist it "stands behind the quality and safety of its vehicles," it will have to face off against TV images of burning Jeeps and quotes from opponents like Jenelle Embrey, who watched several friends die in a burning Grand Cherokee, and wrapped up the ABC News report by declaring, "Something has to be done. It can't be done soon enough."

It is a risky strategy Chrysler has engaged in and if it loses the battle the costs, in terms of image and lost sales, could far outweigh what it might have to spend to recall 2.7 million Jeeps.