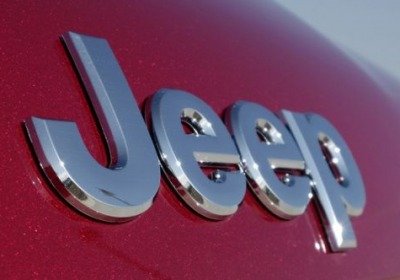 Facing a possible recall totaling around 2.7 million of its most popular SUVs, Chrysler remains insistent that the 1993-2004 Jeep Grand Cherokee and 2002-2007 Jeep Liberty are safe vehicles. This comes on the heels of a recall request from the National Highway Traffic Safety Administration for these two models due to fuel tanks mounted behind the rear axle, which could possibly be ruptured during severe rear-end collisions, leading to an increased risk of fire. In response to the allegations, Chrysler says that it does not agree with NHTSA nor does it plan on recalling either vehicle.

Chrysler said both SUVs "met and exceeded" the requirements for fuel-system integrity, and cooperated fully with NHTSA since the investigation was opened in 2010. While 15 deaths and 46 injuries have been reported from fires caused by rear-end collisions on these models, Chrysler is claiming that the vast majority of incidents cited by NHTSA were "high-energy crashes," including one where a stopped Grand Cherokee was rear-ended by a tractor trailer going 65 miles per hour.

The automaker wraps up by saying "NHTSA seems to be holding Chrysler Group to a new standard for fuel tank integrity that does not exist now and did not exist when the Jeep vehicles were manufactured." Scroll down for Chrysler's official response to NHTSA, but we're pretty sure this isn't the last we've heard on this issue.

Chrysler Group has been working and sharing data with the Agency on this issue since September 2010. The company does not agree with NHTSA's conclusions and does not intend to recall the vehicles cited in the investigation. The subject vehicles are safe and are not defective.

We believe NHTSA's initial conclusions are based on an incomplete analysis of the underlying data, and we are committed to continue working with the Agency to resolve this disagreement.

"The safety of drivers and passengers has long been the first priority for Chrysler brands and that commitment remains steadfast," said Sergio Marchionne, Chairman and CEO of Chrysler Group LLC. "The company stands behind the quality of its vehicles. All of us remain committed to continue working with NHTSA to provide information confirming the safety of these vehicles."

Chrysler Group's position on this matter is clear.

These vehicles met and exceeded all applicable requirements of the Federal Motor Vehicle Safety Standards, including FMVSS 301, pertaining to fuel-system integrity. Our analysis shows the incidents, which are the focus of this request, occur less than once for every million years of vehicle operation. This rate is similar to comparable vehicles produced and sold during the time in question.

Chrysler Group stands behind the quality and safety of its vehicles. It conducts voluntary recalls when they are warranted, and in most cases, before any notice or investigation request from NHTSA.

Customers who have questions or concerns can call the Chrysler Group's customer care line: 1-800-334-9200.

The Subject Vehicles Are Safe: Chrysler Group disagrees with NHTSA's recall request. The subject vehicles are not defective and their fuel systems do not pose an unreasonable risk to motor vehicle safety in rear-impact collisions. These Jeep vehicles have proven to be safe in operation and the Company's analysis shows the incidents at the focus of this request occur less than one time for every million years of vehicle operation. Additionally, these vehicles met or exceeded all applicable federal motor vehicle safety standards in place at the time they were built.

The incidents cited by NHTSA are extremely rare and represent only a small fraction of the total number of fatal crashes. The overwhelming majority of traffic fatalities occur in frontal, side, and rollover incidents. Considering all types of events, the 1993-2004 Jeep Grand Cherokee and 2002-2007 Jeep Liberty are among the safest vehicles of their era.

Chrysler Disagrees with NHTSA'S Conclusions: There are a number of problems with NHTSA's analysis, leading, in the Company's view, to a mistaken conclusion to request a recall.

Vehicle Safety Performance – After an exhaustive engineering analysis, Chrysler Group has found no evidence that the fuel systems in the subject vehicles are defective in either their design or manufacture.
– All of these vehicles exceeded the requirements of NHTSA's FMVSS 301, the standard by which fuel system design is evaluated in the United States.
– A review of almost 30 years of field data revealed an extremely low number of rear impact crashes with fire or fuel leak that occurred in a fleet of more than five million subject vehicles that have travelled more than 500 billion miles over 50 million registered vehicle years.
– For the vast majority of the incidents cited by NHTSA, the crash force was far in excess of the rear crash fuel leak requirements in place at that time, and even more than the requirements in place today.
– All but one fatal crash involving the subject Grand Cherokees, and all but four Jeep Liberty incidents, involved high-energy crashes. One highly publicized crash cited by NHTSA involved a tractor-trailer traveling 65 mph and a stationary Grand Cherokee. Crash energy was estimated at more than 23 times the required performance threshold. Seventy-eight percent of Grand Cherokee incidents involved impacts with crash energy that exceeded today's rear impact fuel system integrity standard requirement which was doubled in the fall of 2008.

Unrepresentative comparisons – Chrysler Group believes NHTSA used an incomplete and unrepresentative group of comparison vehicles, to determine its "peer group." NHTSA's analysis excludes many models with aft-mounted fuel tanks which had a higher rate of the incidents than the targeted Jeep vehicles.
Data from NHTSA's Fatality Analysis Reporting System show 24 models – none of which has been subjected to recall – are more likely to be involved in a fire-related, rear-impact fatality than the 2002-2007 Jeep Liberty; 54 models are more likely than the 1993-2004 Jeep Grand Cherokee. (See Figure 1.)

Incomplete data set – NHTSA's analysis does not consider all available data, omitting two of its own data sources in NASS (National Automotive Sampling System) when examining the performance of its peer group vehicles. For example, NHTSA found four incidents of non-fatal fires among its peer sets. However, Chrysler Group found 15 incidents utilizing NASS.

Subject Vehicles Have No Design Defects: NHTSA's recall request contradicts its earlier findings. In 2003, NHTSA concluded it is not necessary to require that fuel tanks be relocated forward of the rear axle. It ruled:

"We are not proposing to require manufacturers to place each vehicle's fuel tank forward of the rear axle as suggested by Advocates. We believe such a requirement is unnecessary and would be design restrictive. We note that the fuel tank of the 1996 Ford Mustang, which passed the proposed rear impact test requirement, is located behind the rear axle. We believe that this test demonstrates that structural and component design is a more critical factor than fuel tank location in maintaining fuel system integrity."

The decision to locate the fuel tank behind the rear axle has long been recognized by NHTSA and the industry to be a reasonable design choice based on a number of factors, including vehicle use, function and packaging. The FARS and state data analysis submitted to NHTSA supports this.
NHTSA also refers to fuel tank height as a design defect. Chrysler Group has provided NHTSA with extensive data regarding fuel tank position. This data reveals fuel tank height and location in our vehicles, relative to bumper position, is comparable to most of the peer SUVs. Additionally, the analysis shows many cars with fuel tanks behind their rear axles perform worse in rear-impact collisions than the Jeep vehicles. These cars have fuel tanks that are closer to ground level.

NHTSA seems to be holding Chrysler Group to a new standard for fuel tank integrity that does not exist now and did not exist when the Jeep vehicles were manufactured.

See also: Ram helps power Chrysler to 11% gain in May, Radical 2016 Jeep Wrangler suggested by job listings?, I sold my Viper, but the memories I'll keep.