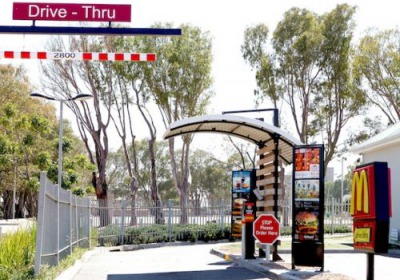 If you're going to drive a stolen car in a town of roughly 77,000 people – about the same size as Scranton, Pennsylvania or Ogden, Utah – you want to be very careful about where you drive that stolen car to eat. That's the lesson Katherine York of Kennewick, Washington learned when she was arrested for being in possession of a stolen Toyota 4Runner that also happened to have a bunch of stolen clothes from JC Penney and Sears in it.

Virginia Maiden woke up Tuesday, May 14 to find her 1995 4Runner – that she thought she forgot to lock – swiped from her apartment building. At 3 PM that afternoon, while working her shift at the drive-thru at McDonald's that day, she saw her truck in line. York hadn't even gone far – the McDonald's is not even five miles from Maiden's apartment. Maiden called the police, they showed up just as York was leaving, and York made another vehicle switch, this time into a black-and-white for a trip to the Benton County jail. They don't have McDonald's there, but she won't have so far to go to eat.