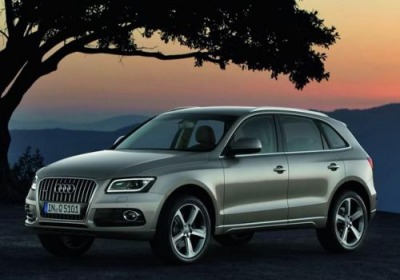 Audi doesn't seem to be having any trouble of hitting its relatively audacious sales goal of two million units by 2020 – it's already on pace to eclipse 1.5 million sales two years ahead of schedule. According to Reuters, the Volkswagen-owned brand rode a wave of sales in China and the US to pace the early goal, with 780,500 deliveries at the halfway point of 2013. Particularly hot models include the Q5 crossover seen above and A4 sedan. Unless things go poorly in the second half of the year, 1.5 million sales shouldn't be an issue.

That leaves it trailing BMW by just 24,000 units for the global luxury sales crown. If sales trends keep up, Audi will succeed in hitting its goal of two million units and besting its cross-country rival in Munich. Audi CEO Rupert Stadler smells blood, telling German newspaper Handelsblatt, ''We have overtaken Mercedes-Benz and we are now closer to BMW than ever before."