Aim Higher: GM Daewoo reportedly suing TagAZ over fears they are planning to copy the Lacetti 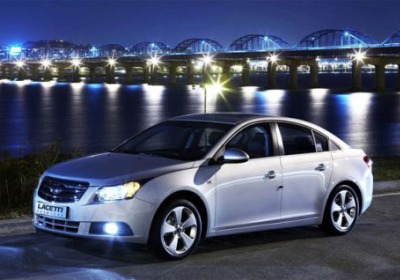 In what looks like a serious-but-probably-the-norm case of industrial espionage, General Motors' South Korean Daewoo division is reportedly alleging that the Russian automaker TagAZ has tried to copy its Lacetti sedan. Backing up those allegations are the arrests of two TagAZ engineers – former Daewoo employees who are said to have taken computer files from one company to the other. A third former Daewoo employee, an executive, left notes proclaiming his innocence and then committed suicide.

The two engineers reportedly copied at least 6,000 documents outlining designs and key technologies used in the Lacetti. That information, according to Daewoo, was used by TagAZ in the creation of a car it launched this past summer in Russia. South Korean prosecutors are still investigating the case, after which Daewoo will decide if it wants to pursue the matter for criminal damages. TagAZ hasn't said anything in response to the allegations. If nothing else, this could be good practice for GM – it will now know what to do if it happens at Opel...