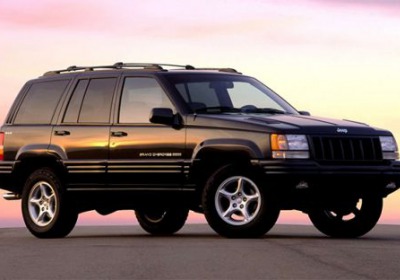 For the past few years, Chrysler and its CEO, Sergio Marchionne, have gone head-to-head with the National Highway Traffic Safety Administration and its boss, David Strickland, over the government safety agency's request for Chrysler to recall almost three-million Jeep vehicles due to what NHTSA says is a safety issue that has caused at least 51 deaths. After a three-year investigation and Chrysler's initial refusal to issue a recall because it deemed the vehicles safe and built to the day's federal requirements, last summer, the two parties compromised on a "voluntary campaign" to inspect 1.56 million vehicles, those being the 1992 to 1998 Grand Cherokee and 2002 to 2007 Liberty.

Those vehicles were designed with their gas tanks between the rear axle and the bumper, and NHTSA says that in rear-end collisions, damage to the fuel tank has caused fires responsible for those 51 deaths. The compromise reached last summer was that Chrysler would inspect 1.56 million vehicles and, "if necessary, provide an upgrade to the rear structure of the vehicle." Practically speaking, that meant Chrysler would replace aftermarket trailer hitches, but would take no action if a vehicle had a factory-installed hitch or an aftermarket hitch from Mopar.

A report in The Detroit News says the "voluntary campaign" is just now getting under way, with Chrysler saying last week that the design of the replacement part had been finalized and it was tooling up "to deliver the required volume." Seven months later, still in question is whether NHTSA will crash-test the fix engineered by Chrysler, noteworthy because not only did the vehicles in question pass every safety standard necessary to be cleared for sale at the time, there are still questions (to those of us on the outside) as to how the Jeeps at issue fare among their peers in such incidents. Either way, Chrysler and NHTSA apparently still disagree on the efficacy of the remedy itself: the carmaker says it might help in low-speed crashes but not high-speed collisions, a position the NHTSA is at odds with. All of this means the campaign doesn't yet have an end in sight.